On 30th January 2020, ten students of 9th A from our school visited Alliance Francaise de Delhi, Lodhi Estate to commemorate the international Holocaust Remembrance Day. The Theme for the day was; "75 years after Auschwitz - Holocaust Education and Remembrance for Global Justice."

The students reached the place at 9:30 am and engaged with various exhibits:-

Shoah- the Holocaust: How was it humanly possible? (By Israel Embassy)

Some were neighbours (UN), the role of ordinary people in the Holocaust, and the variety of motives and pressures that influenced individual choices to act. (By United Nations)

Then there was a welcome address by Mr. Jean-Francois Ramon, Director, Alliance Francaise de Delhi, followed by a video screening of the UN Secretary -General’s message. To sensitise the children, the screening of the film: The Accountant of Auschwitz (1 hr 15 mins ) took place. This was followed by a question and answer session with representatives from the UN and collaborating Diplomatic missions. The students from various schools across Delhi put up questions to the various representatives regarding what all initiatives are now being taken up to prevent such things happening in future, and why did it take them so long to punish those Nazis who were involved in committing such atrocities on the human race.

The session ended with Dignitaries urging the students to always remember such things, relate to them and make sure such atrocities and discrimination never take place in future, in the whole world. They urged the students to ensure that global harmony and peace prevails throughout the world, because if not attended to, such things can happen in future too.

This was followed by students writing their feedback. For ensuring that youngsters too play a part in maintaining peace in the world, the opening of the ‘Anne Frank Youth Link’ was formally announced and they also asked our school to be a part of it. Later translated copies of ‘The Diary of a young Girl: Anne Frank’ in Hindi were also distributed to the students from various schools.

Overall it was a very informative, overwhelming , heart -rendering and an emotional trip for the students. 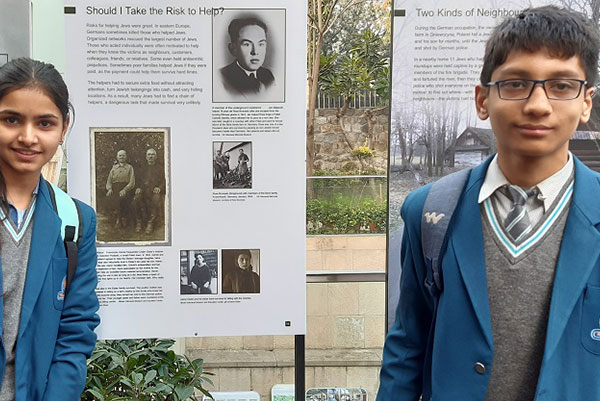 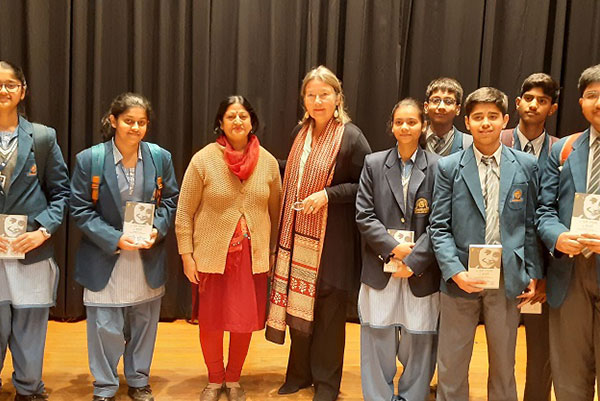 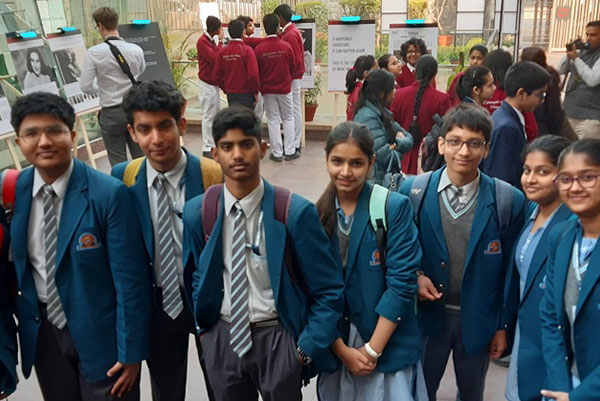 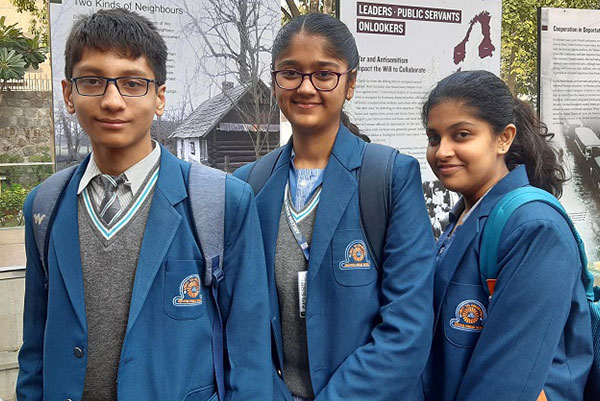 Ability may take you to top, but it takes character to keep you there.- John Wooden