National mathematics day is celebrated on 22nd December. It is the birth anniversary of Ramanujan. He was an Indian mathematician born to change the future of math’s. He got many prizes for mathematics. Prime minister of India Shri Manmohan Singh announced 22 December as the National mathematics day. The objective behind the celebration of this day is to motivate and enthuse the younger generation towards math’s. Children were made aware of Srinivas Ramanujan and about mathematics. A poster was shared with the parents. 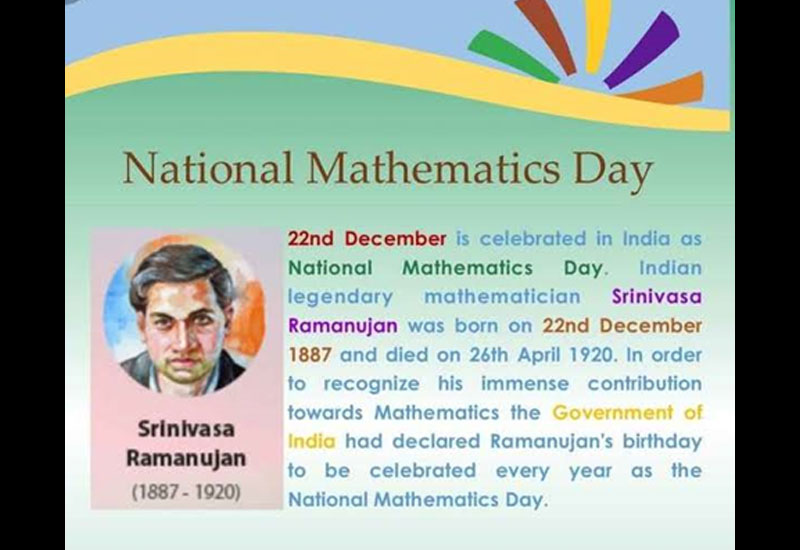