Quiz competitions are always captivating and informative. In this view, primary department of Ahlcon Public School successfully conducted an ‘Inter House General Knowledge Quiz’ in the school auditorium on 30 January, 2020 for the students of classes V & IV. Four teams which were named as Alpha, Beta, Gamma and Theta from each house participated. Each team had three participants where two students were from class V and one from class IV. Fervent participants of each team gave tough battle to each other.

Quiz mistresses Ms. D. Sonika (PRT) and Ms. Neerja Gupta (PRT) conducted the quiz. Ms.Ritu Jain was the scorer and Mr. Kailash was the time keeper. Rules of the quiz were explained at the beginning. This was followed by introduction of the participants.

The students showcased their spontaneity by adhering to the time limit while answering. Although all the teams participated actively, the team that scored the most was Team Alpha (Dhruv House) got First place with 90 points.

Third Prize was won by Team Gamma (Prahlad) with 68 points.

Overall, this General Knowledge Quiz competition encouraged the children to learn through all the possible ways not just from the books. 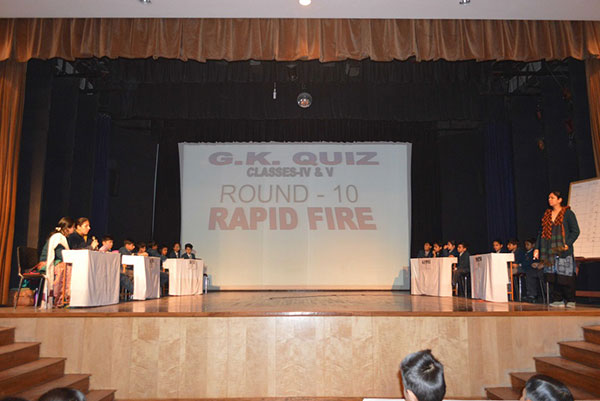 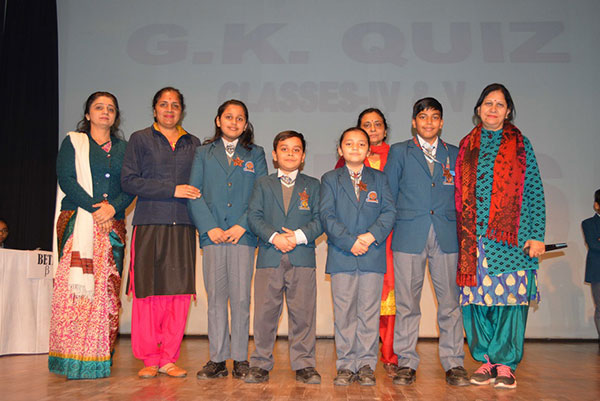 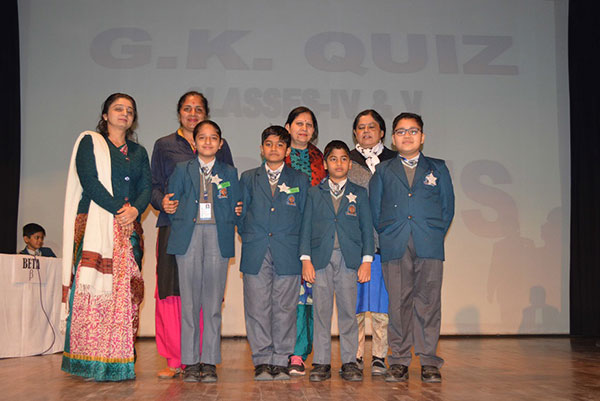 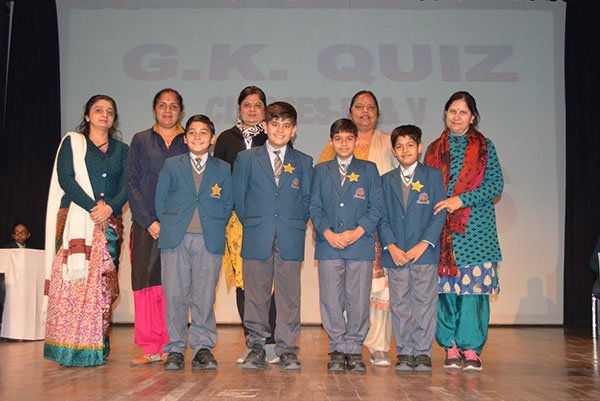